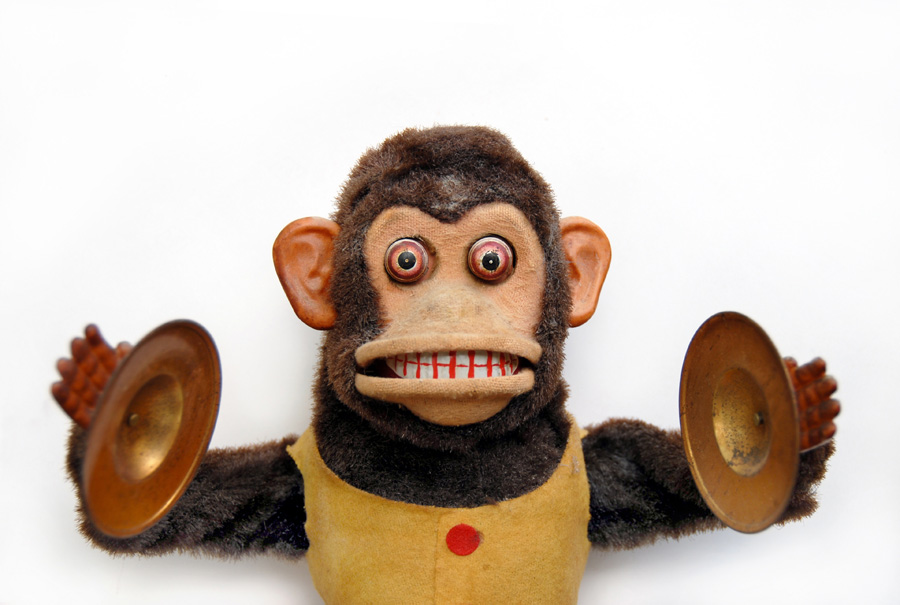 I discovered something new about one of my (deceased) uncles this week and it got me to thinking that however well we think we know a subject, there’s always a fresh angle to explore.

I have to confess that I don’t have a particularly close extended family on either side. I’m distantly fond of my paternal uncles, who are very like my own beloved pa, but only had a passing acquaintance with ma’s brothers when they were alive, and now they’re both long deceased, there’s no chance of an earthly reconciliation.

Anyway, the aged parents have been visiting this week, so we’ve been catching up over dinner each evening. Which is when pa dropped the family bombshell.

‘So, you know they’re trying to bring in legislation to stop people keeping monkeys?’

(My dad is the master of the non sequitur; we’d been conversing about courgettes only moments earlier.)

‘No, dad, I haven’t a clue what you’re talking about. I don’t know anyone with a pet monkey and I find it hard to believe it’s a problem that’s widespread enough to require legislation.’

‘I think you’ll find there are more pet monkeys around than you might imagine*.’

‘No-one’s keeping monkeys, dad, not outside of zoos, anyway.’

‘Well, your Uncle Joe had one, for a start.’

Turns out ma’s brother, Joe, did indeed have a monkey. Not sure what kind (presumably one of a manageable size, which rules out gorillas and orang-utans) but apparently it lived in his house and travelled with him in the caravanette when he sallied north from Bristol to visit his siblings. Nobody seemed to know when or from what it died – assuming it did. Maybe it stayed on in the house when Joe passed on. I’d like to think so.

How can I not have known this? I’m prepared to accept that there’ll be lots of ancient feudal stuff to which I’ll never be privy. But to be ignorant of the fact that we once had a monkey in the family seems ridiculously remiss.

Which brings me in a roundabout way to email marketing. I know it might seem a long stretch from pet monkeys, but it, too, could be a subject we’d all benefit from knowing a bit more about. Email marketing has fallen slightly out of fashion, which is a shame because it’s one of the best ways of staying in touch with your customers and prospects. In fact, a recent survey by McKinsey showed that email was 40 times more effective at acquiring customers than Facebook and Twitter combined.

It’s not really a surprising statistic. For a start, email allows you to get up close and personal. Social media platforms like Twitter or Google+ are public forums where communicating your message is akin to shouting across the room at a party; great if you just want to say ‘Hi, I’m here!’ but not so good if you’re looking to share a more targeted message. Plus, everyone already uses email all the time – even if they don’t love it – which makes it a great way to communicate a message that’ll have a good chance of reaching your audience.

Most importantly, email is capable of converting interested prospects into customers – as long as you do it right. Which most people don’t. Too often, it’s spammy, sales-focused and dull, whereas good email content strengthens your relationship with your audience, builds loyalty and creates trust.

But you need to give it some love if you want to deliver quality content your customers will value and share. It’s worth spending some time thinking about how to make your subject lines more effective and about creating a distinctive voice that will resonate with your audience precisely because you’ve made it personal.

One of the best ways to hone your own email output is by exploring what it is you like about the very best emails that land in your inbox. Think about what sparks your interest and gets you to click through. What does it for me? Well, anything that mentions monkeys, is definitely going to get a click…

*Apparently there are 9000 pet monkeys in England and Wales which, to be fair, is more than I thought, dad, (though considerably fewer than the 200,000 you posited). Who knew?

2 thoughts on “Monkeys and Email Marketing”