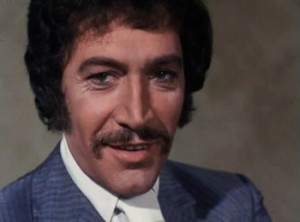 You might find it hard to believe, but sometimes I think I’m a bit slow on the uptake. For instance, I attended a committee meeting last week and sat through half of it trying to work out why one of my co-committee members looked different since I last saw him. It wasn’t until we were tucking into tea and biscuits that I realised he’d grown a moustache.

The fact is, Movember hasn’t really worked itself into my charity consciousness in the way Comic Relief and Children in Need have – although since realisation dawned that night, I’ve certainly been paying more attention to men’s upper lips. Of course, I can’t assume that every moustache I see is a charity case and I’d imagine that those who regularly sport a well-trimmed ‘tache could feel slightly aggrieved that casual onlookers may assume they’ve simply jumped on the Movember band wagon. Perhaps they should consider wearing a moustache-shaped badge bearing the legend ‘est. 1986’.

What’s the right ‘tache to tout?

That said, the temporary ‘tache brigade are fairly easy to spot on account of the tendency to indulge in outlandish styles. My favourite by far is the luxuriant, yet neatly trimmed facial accompaniment so beloved by Jason King and his wide-lapelled ilk which has the ability to imbue the most humble of men with the retro polyester glamour of the 1970s porn star. I’ve not yet seen anyone with the dedication to acquire and maintain a Jimmy Edwards handlebar or Hercule Poirot’s metro-dandy version – and you’d have to be a brave man to attempt the minimalist style favoured by Charlie Chaplin since it was usurped in the 1930s by everyone’s least favourite fascist, Adolf Hitler.

If you like the idea of Movember, but can’t or won’t grow a moustache (I simply refuse), then you can still pledge your allegiance to the cause with a surprisingly extensive range of moustache-themed products including biscuit cutters, cup cake adornments and even moustachioed dummies for fresh-faced babies.

It got me thinking to how we could apply the Movember principle to other months. I have a preserve-loving friend who’d be over the moon if we introduced Jamuary, but personally, I‘m thinking of campaigning for Caketober next year. I can’t think of any worthy reason for dedicating a month to the celebration of all cakes large and small, but I do know it would spread a lot of joy in our household – and that’s as good a reason as any.